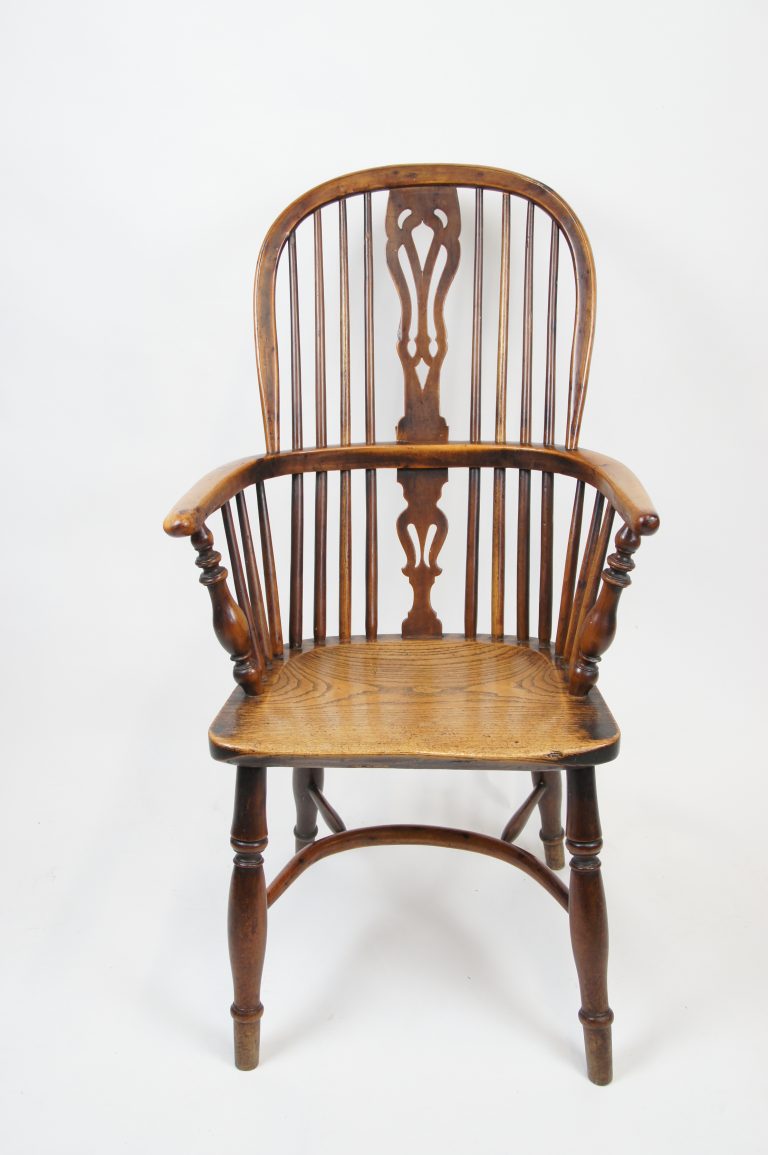 This High Back Windsor Armchair was made in the Lincolnshire area of England. It has single ring and concave turned front legs, plain turned back legs, connected by a crinoline stretcher. Three long elliptical spindles are either side of the central fretted splat which has stylised fleur-de-lis fretting in the upper splat with four extra frets and double pierced lower splat. It also has heavily turned underarm supports with three elliptical spindles to the sides. It is made from Yew wood with an elm seat.
Circa 1820